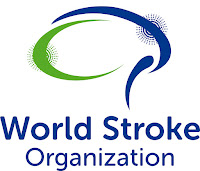 After sixty-two years of officially categorizing stroke as a Disease of the Circulatory System, WHO has taken the major step of recognizing stroke as a Disease of the Nervous System. The decision has been warmly welcomed by the World Stroke Organization, which has actively advocated for the change, arguing that correct classification is fundamental to global efforts to address the massive challenge of stroke. The change will be reflected in ICD11 the latest document to provide the basis for classifying and monitoring diseases globally. The ICD 11 is expected to be adopted by the World Health Assembly and released in 2018

To find out why the WSO has made it a priority to achieve this change, we talked to Bo Norrving, Chair of the organization’s Global Policy Committee. Bo has also been chair of the Cerebrovascular Diseases group for the ICD 11 and is a member of the WHO Neurology Topical Advisory Group, chaired by Raad Shakir.

Why does it really matter that stroke is classified as a brain disease, not a disease of the circulatory system – aren’t the two closely related?

It’s true that there are close links between cardiovascular disease and stroke; many risk factors are shared and primary prevention will target both disorders jointly.  But the simple fact is that when strokes happen, they happen in the brain.

Delivering stroke treatment early and efficiently with effective acute therapies such as thrombolytic therapy and thrombectomy, depends on the early recognition of symptoms from the brain and early actions to call an ambulance. This is why many countries campaign to increase public knowledge of stroke symptoms (like the FAST campaign) have been conducted in recognition that ‘time is brain’. Similarly, providing early treatment of transient ischemic attacks (TIAs), which are linked to stroke, depend on public knowledge of the symptoms and rapid admittance to hospital.

The impact of delivering effective treatment for acute stroke and the opportunity to prevent a stroke where someone has had a TIA are huge and opportunities should not be missed. Understanding the role of the brain in residual symptoms and disabilities from stroke is also important to providing patients with effective long-term rehabilitation and support.

Having had stroke under diseases of the circulatory system has put stroke in the shadows regarding the essential recognition of the brain symptoms of stroke as a crucial element in delivering effective therapies.  We are delighted that this is no longer the case.

How do you think this change will help with the achievement the global goal to reduce avoidable deaths from stroke?

Stroke is the second biggest killer and the largest single cause of disability worldwide and yet still struggles to get the policy attention and resources commensurate with its global impact. Identifying stroke as a disease of the brain and pulling all types of cerebro-vascular diseases into a single block in the ICD 11 will, we believe, guide policy attention
to the right place and enable us to develop 21st Century services for stroke. Stroke is probably the best example there is of a non-communicable disease that is highly preventable and highly treatable, more so than almost any other NCD. With the right focus and commitment to stroke we can make a massive impact on the achievement of sustainable development goals for health.