Researchers from the International Stroke Trial 3; have released results from the worlds largest ever trial of the clot busting drug rt-PA. Published today concurrently in the Lancet, and presented at the European Stroke Conference in Lisbon.

The IST-3 trial found patients receiving clot-busting drugs have a better chance of survival and avoiding disability. In patients over 80, a previously untreated group in the European Union, the use of rt-PA will dramatically increase their survival rates post stroke.

Research has found patients under 80 benefit from rt-PA when treated within four and a half hours of stroke. Co investigator Richard Lindley, Professor of Geriatric Medicine from the University of Sydney’s Medical School is adamant ‘Please don’t ignore the over 80s – they benefit hugely’.

The trial found fatal bleeding was a risk factor associated with rt-PA use within the first week of treatment, although the researchers insist that the early hazard is greatly outweighed by the late substantial benefit. Dr Lindley insists that in his practical experience patients over 80 have an extremely high risk of death after stoke within the six month period indicated and that the risk of rt-PA bleed is minimal compared to the risk of no treatment at all.

This latest study sought to establish rt-PA treatment as effective in patients over 80, and it has done exactly that. As the population ages and age becomes a primary risk factor in Australia these treatments will be able to alleviate the extreme costs of stroke on the community and increase quality of life for stroke patients.

IST-3 Imaging Lead Professor Joanna Wardlaw for the University of Edinburgh Centre for Clinical Brain Sciences, is also pushing for better managed clinical windows so that patients can access rt-PA within the required time, ‘the faster you treat the better the outcome’ she said ‘ and faster treatment will result from better communication (among health workers)’.

The first day of the ESC and Professor Lou Caplan has received a standing ovation from the audience while being presented with the Johann Jacob Wepfer Award. In a moving tribute to a stroke giant, Heinrich Mattle emoted the audience to a standing ovation. The award itself honours scientists for their outstanding work in the field of cerebrovascular diseases. Professor Caplan was generously mentored throughout his career by C Miller Fisher and has himself mentored many ornaments to the game, including IJS Associate Editor Conrado Estol, who wrote an excellent piece for IJS on the career achievements of Professor Caplan in 2007. Thanks to Robert Ackerman who worked closely with Miller Fisher, IJS will publish an obituary celebrating the life of this eminent neurologist in the coming edition of the journal. In our latest edition we also farewell the much lauded Frank Yatsu. 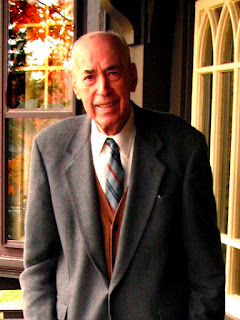 http://www.strokestories.scot.nhs.uk/storylibrary/narratives/narratives.htm. The stroke human toll.
Posted by Carmen Lahiff-Jenkins at May 01, 2012