Stroke hobbies, a snapshot of the hobbies of stroke survivors to be hosted at the coming World Stroke Congress. 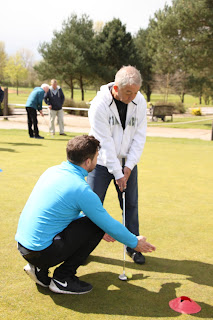 The Stroke Association in Crewe has teamed up with England Golf to provide golf courses for stroke survivors in Cheshire, UK. At the weekly sessions, held at Malkins Bank Golf Course in Sandbach, eight stroke survivors have access to an hour’s coaching session on a covered driving range. Hilary Belshaw, Information, Advice and Support Coordinator at the Stroke Association, said: “More people than ever before are surviving a stroke. But many stroke survivors tell us that after all the effort to save their lives they then feel isolated when they return home.

“The golf course provides an opportunity for stroke survivors to meet others who are also experiencing a life after stroke, benefit from exercise, build their confidence and enjoy learning new skills. We’re thrilled the first course has been so popular and have put on a second course due to the demand. So far 17 people have benefited from this activity.”


“This course has been a great incentive to come and meet fellow stroke survivors and to appreciate how well we can all move on.” 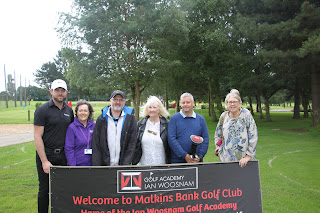 Jernej Sluga-Nejc Hobbies for the WSO 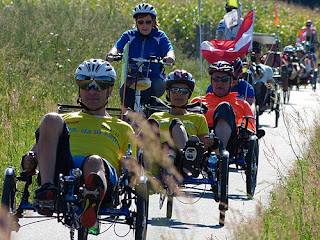 After a while I got fed up with walking, so the next summer I tried my hand at cycling. My old bike was still there, but it proved useless, since I was losing balance and even fell several times. I protected my head with an ice-hockey helmet (a remnant from my 'previous life'), but I soon realized that in my case cycling came to mean tempting fate (and I was definitely the last person who should be tempting fate). So I more or less decided that it was better to drop the idea, but in reality I could not bring myself to do it and I continued to look for a solution that would put me back on my bike. I asked my bicycle repair man to add a small side wheel on the right side. I felt much safer, but I still fell from time to time. So I quit cycling and did much of walking and even more of driving; in other words, I became a bit lazy, which definitely was not good for me.
Four years on I returned to the idea of cycling and had my bike turned into a sort of a three-wheeled vehicle. But it was unmanageable, and even my kids (all skillful bicycle riders) managed to steer it only as far as the nearest bush. So I continued to rack my brains thinking how to improve my device, and the following year I asked the repair man to make for me a completely new bike with side wheels. The bike frame was also adapted to make easier my climbing on and off the bike. I can now ride it safely despite my disability (I can use my right leg, but my right hand is dead), but from time to time I still come up with an idea on how to improve some thing or another. Fortunately, the repair man has always shown understanding and met all my wishes.
I'm quite tired after riding long distances, but I feel in great shape. I had played sports since my early childhood, so I missed recreation after the stroke. Slow walks cannot substitute that kind of physical activity.
I consulted the neurologist, Dr. Anton Grad, about my activities. He is delighted to hear that I'm so active and he was first to congratulate me on my cycling feat. I regularly check my pulse when cycling. It does exceed 130 beats per minute on steep terrains, but otherwise it stays within limits. Dr Grad explained that the faster heartbeat during physical strain is nothing to worry about if it returns to normal when the strain is over. It proves that I'm in a good physical shape.

Q1. What inspired you towards neuroscience?
I have always been interested in brain matters. When I was a teenager one of my recurrent internal questions was: "what goes on in peoples minds, how does it work? How do simple cells and atoms express as emotions and feelings?". During my training as a medical doctor I maintained this interest, so the choice to become a neurologist and a neuroscientist was quite straightforward. 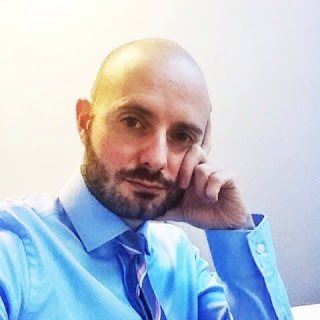 Q2. Why stroke?
During the first year of residency in Neurology I was assigned at the Stroke Unit for several months. I found in stroke care the perfect balance between neurology, internal and emergency medicine. Also, I had the fortune to meet a great mentor, Prof. Domenico Inzitari.

Q3. What have been the highs so far?
Up to now, I have met a lot of people to share the interest in stroke with and I learned a lot by sharing experiences and knowledge. As a clinician, it is surprising to work in stroke care and to see how far the achievements of acute stroke therapy have come.

Q4. What have been the lows?
I could say when something goes wrong with a patient, when a project or a paper are rejected, when the work is tough...However, I feel that the lack of more time to do more things in both research and the clinic is the worst. After all, in a day there are only 24 hours and the brain needs time to rest, to spend with family, to do something else.

Q5. How do you balance work life with the needs of home life?
I have great fortune in this area and I am good at separating my work from my home life.
Usually, the work stays at work, although sometimes I do research things (e.g. statistics) from home. However, I think the quality of time spent with family and friends is good; I can let thoughts of work go without concern. Certainly, physical activities and sport help me a lot in make a good break.

Q6. Who are your most important mentors and how did you find them?
I have had the privilege and the honor to meet some of the world leaders in stroke. When I went to Oxford I learned from Prof. Alastair Buchan the importance of the translational research and developed an interest in acute stroke. More recently I got received fellowship under the supervision of Prof. Kennedy Lees, who encouraged me to put ideas into a research project. Under his guidance I have become a young researcher. I also met Prof. Joanna Wardlaw and started collaborations with her group, she is one of the world leaders in small vessel issues, my current research topic. However, none of those meetings would have been possible without the help of my mentor in Italy, Prof. Domenico Inzitari, who instilled in me the passion for stroke research.

Q7. What are your most important collaborations and how have you built them?
I am currently working on several projects. In Italy I am collaborating with a national group on endovascular therapy and with the hospital stroke group. I am keeping on the collaboration with Glasgow and Prof. Lees' group. Also, I am still working with Prof. Wardlaw on small vessel diseases. I am very happy to continue collaborations with such important groups and great people. Perhaps I have been lucky, but I discovered that in research it’s fairly easy to build up a collaboration: if you have an idea, just write down a project, and then contact, email, meet at congresses, talk honestly...Perhaps, out of 10 projects only one is good for your supervisor, but the other 9 are useful for you, is a mind workout. So, do not hesitate, write! 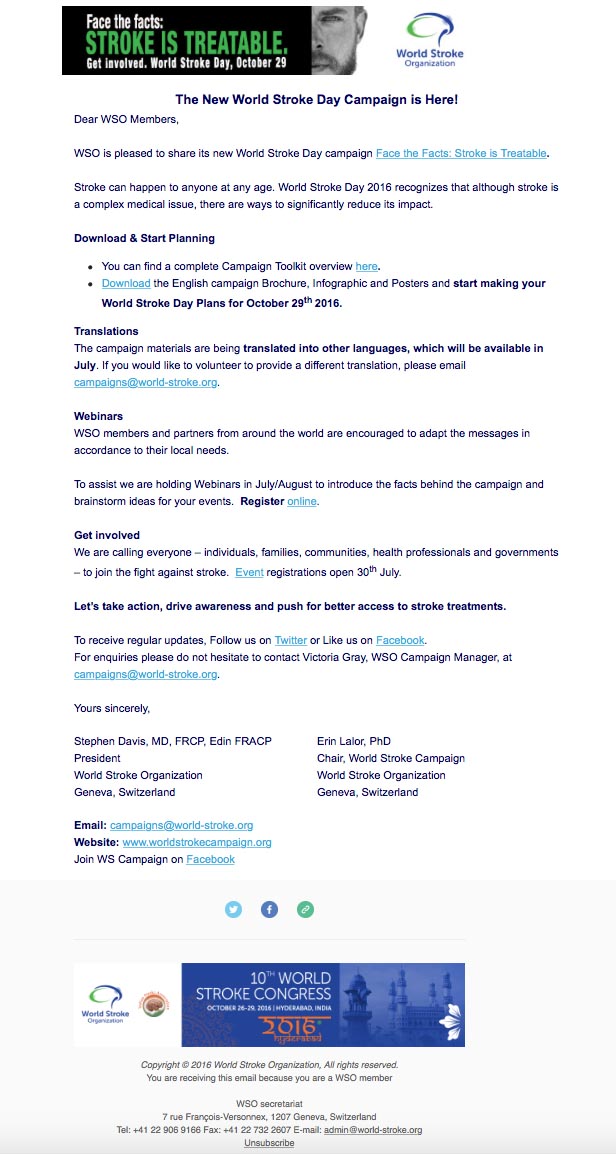